Connect with me on Linkedin 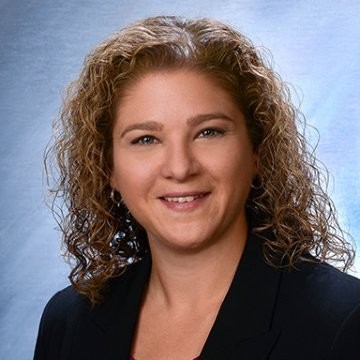 A bold leader who never shies away from championing meaningful change, Lynne oversees the development of the strategic plan for business, aligns product goals and metrics with the strategic plan and drives sales to promote PBD’s growth.

Her acumen for business strategy and operational performance has led to unprecedented company expansion since becoming PBD’s president in 2016. Today, PBD employs more than 100 associates and serves over 4,000 employer groups and 500,000 members in all 50 states.

Lynne is the consummate team player and possesses the unique ability to see things from the perspective of her customers. Lynne is committed to making company-related decisions that not only benefit PBD, but also the associates, members and customers she serves. It is through her commitment and dedication to making a difference in the lives of her members that she has helped PBD become a recognized leader in health care across the country.

In addition to being a great business leader, Lynne is also a loving mom to her young son. An avid runner, Lynne participates in fundraising events across the state for numerous charities. She also enjoys biking, yoga and weightlifting and is a big hockey fan.

When Independent Health created PBD in 2014, Lynne was named vice president, pharmacy benefit management operations. During that time, she helped grow the organization to 29 associates and 56 clients.

In March 2016, Lynne was named president of PBD and has led the company to unprecedented success by following her heart, listening to her instincts and trusting her team. Currently, under her leadership, the organization has 127 associates and 132 clients with double-digit revenue growth year over year and has experienced the highest profits in the history of the company.

Lynne believes in the value of community involvement. She serves on the Board of Directors for the Buffalo Niagara YMCA, actively volunteering at many community events, including the annual Turkey Trot to raise funds to support programs and care for local families. She also is a member of the Programs Committee, which focuses on the YMCA member programs, including summer camp, education programs and afterschool care.

Lynne also attends various events in support of the Buffalo Zoo and Buffalo Museum of Science.

In addition, she has led and committed PBD to support a wide range of local charities through fundraising and event participation, including the Lymphoma and Leukemia Society and Adopt-A-Family through the Response to Love Center.

Lynne helped to create a Dress Down Program to support local charities nominated by PBD associates, including the Parkinson’s Foundation, Multiple Sclerosis Society, Special Spaces and Gliding Stars, Inc. Since April of 2019, the associate Dress Down Program has raised more than $15,000 for local organizations.

“At PBD, our mission is to use our superior operational capabilities and proactive clinical management to help our clients and members get the most out of their health care investment.”

Fun Fact:
When Lynne was a little girl, she dreamed of being the first female center in the National Hockey League.